Revels Spring Sing: A Family Celebration of the Vernal Equinox 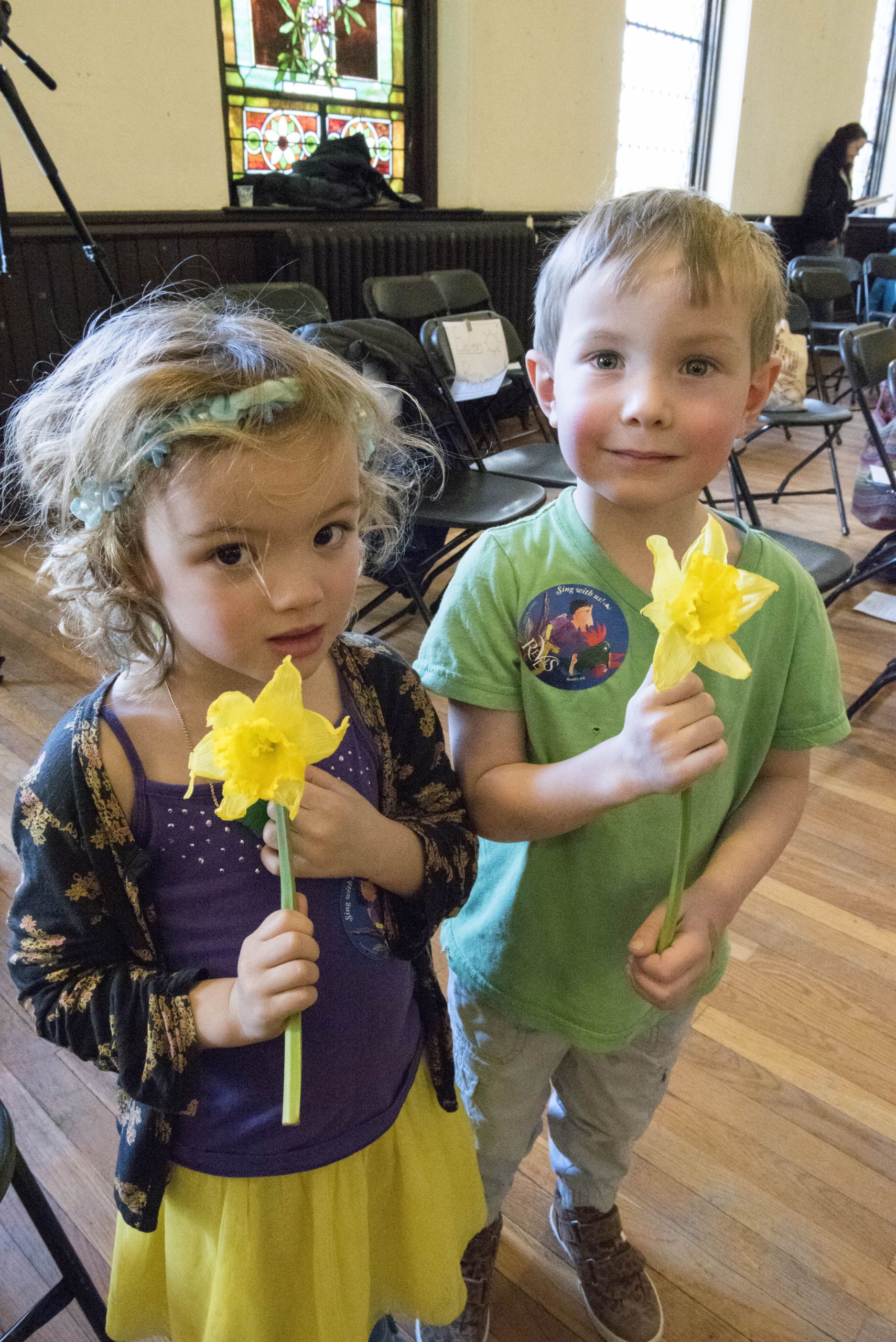 Since the launch of Spring Sing more than 25 years ago, Revels has gathered every spring to commemorate the vernal equinox through song and poetry. Lead by guest songleaders and poets, Spring Sing brings friends and family together for a singalong event that welcomes in the Spring season and celebrates the lengthening of the days.

Spring Sing 2021’s theme was Renewal and Rebirth, with a performance including song and poetry with uplifting and hopeful energy. In addition, two young poets recited their own poems, written expressly for the event.

Derek is a master storyteller, modern troubadour, filmmaker, web designer, and photographer. He is a co-founder of the Mirror of Race project. As a filmmaker, Derek has been working in Mexico on instructional films for health workers. His current feature length film, “Before the Trees Was Strange”, was released in 2017.

As a storyteller, Derek specializes in Afro-Caribbean and African Diaspora tales; he has been “telling” for over two decades nationally and internationally.
Derek’s work as a performer, artist, and digital technician, as well as his life-story as an immigrant to America facing the question of race, provide the inspiration for this project.

Derek was born in the Bahamas where storytelling was a vital part of the cultural tradition. He studied music at Berklee College of Music in Boston, Massachusetts and for 32 years performed with the International music group Voice of the Turtle, specializing in music of the Sephardic Jews. The Sephardim were expelled from Spain in 1492. The four member group has traveled the world performing and has 12 recordings of this distinctive genre. Derek has also performed in many countries as a solo classical guitarist, flutist and singer.

As an educator, Derek presents a variety of workshops for students, educators and storytellers and has been adjunct faculty at Lesley College in Cambridge, Massachusetts and at Framingham State College for many years. He has appeared as a keynote speaker and workshop leader in these venues and in the Medical field using stories to look at diversity, healing, cross-cultural understanding and conflict resolution. At Brandeis University, he used the power of storytelling with Israeli and Palestinian students to overcome prejudice by helping them identify their common humanity.

Natty Smith is a dancer, musician, designer, and teacher. He first performed in The Christmas Revels in the 2000 Children’s Chorus, and has been involved in Revels in almost every possible way since then. An alumnus of the children’s teams Hop Brook and Great Meadows Morris & Sword, Natty now dances or plays music for the Pinewoods Morris Men, Candyrapper VSOP, Thames Valley, International, and Maple Morris. Natty is one of the founders of the Youth Traditional Song Weekend, served on the board of directors of the Country Dance & Song Society, and currently serves on the board of directors of Pinewoods Camp, Inc. In addition to performing, Natty has taught or played music for Revels children’s workshops and at various summer dance camps. Natty is a high school English teacher and user experience and interface designer.

Erika Roderick has been a singer, dancer, and teacher for Revels since she first performed in the Christmas show in 1994. After a childhood in the Revels choruses and dancing for the childrens’ morris and sword dance teams Hop Brook and Great Meadows Morris & Sword, she grew up to teach Revels music and dance workshops, Great Meadows Morris, and children’s classes at summer dance camps. She performs with Muddy River Morris, Orion Longsword, Candyrapper VSOP, and Maple Morris. During the day, Erika teaches third and fourth grade at the Cambridge Friends School.

Keva is a 13 yr old from Northern Essex County, MA. She joined her family via foster adoption with her siblings and wants to share her experiences as a way to encourage other families considering foster adoption. She loves her large extended families and has fun with her 3 dogs every day. She is homeschooled and uses her elective time to pursue art activities including painting, drawing, creating sculptures, and writing poetry. She & her older sister and brother participate in the Maudslay State Park Sculpture Show every September. She has enjoyed classes in film-making & the performing arts with Revels, Inc. This is her first performance of an original poem.

Christian is 11 and lives in Lexington. He is at fifth grader at the Meadowbrook School in Weston and is the youngest of three boys.  In addition to acting, he enjoys skiing, reading, playing the drums, trampolining, basketball, soccer, and playing with his two cats, Gretel and Heidi.  Christian has been a Revels kid for several years and had a blast as a member of the children’s chorus in the 2019 Christmas Revels.  In addition to his work with Revels, he has appeared in a commercial for the Mightier company. Christian enjoys all types of creative writing, including writing poems.  He is delighted to have the opportunity to perform his poetry!

Wonderful! Thank you for sharing the joy of raising up voices in celebration!

Thank you to each and every one of you who made this possible and free and visible on several digital platforms. I hope we are together soon – IN PERSON – to rejoice and sing together. 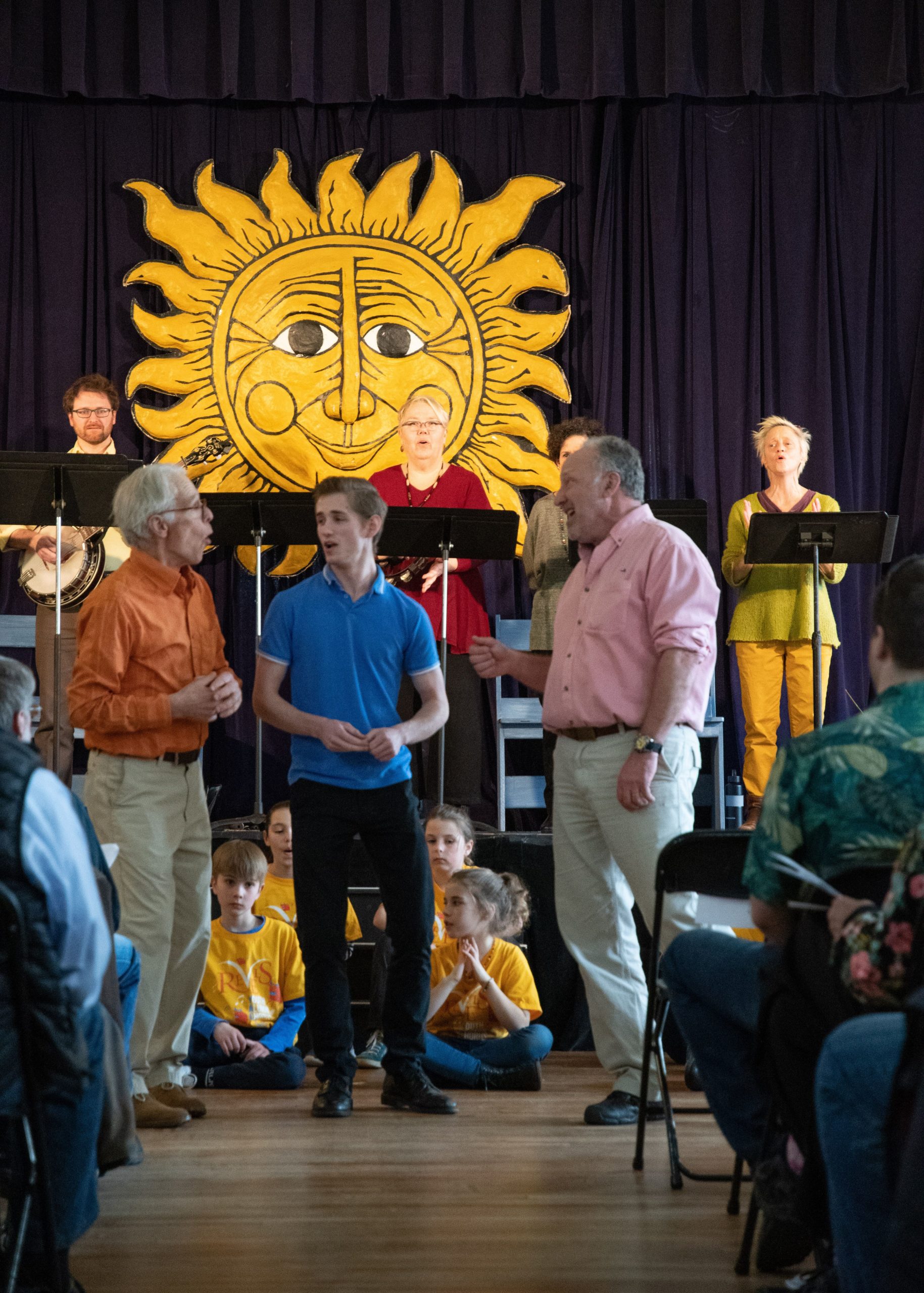 Sponsors:
Revels Spring Sing is supported, in part, by the Massachusetts Cultural Council, a state agency